A remarkable success story in the making

I find many things slightly odd in reactions to health progress. Whilst whizzy new diagnostic and therapeutic avenues get major press, preventive measures get surprisingly little money and press and yet are far more effective and preferable. Similarly, major advances in diseases affecting the poor can often be overlooked. Onchocerciasis or river blindness is one such disease. Table 1 shows the causes of global blindness as listed in 1993, onchocerciasis is up there with the leaders.

When one considers that it almost uniquely affects very poor communities in equatorial Africa and Latin America the numbers become even more impressive. Back in 1989-1992 I was working in communities with onchocerciasis, two things were striking. Firstly up to 1 in 10 individuals were blind meaning (given the age structure of many more children than adults) it was almost an expectation that you would be blind by the age of 40. Secondly most of the local doctors I was working with had never seen a case before we went to the rural communities we were working in simply because the people could never afford to travel the distance into town to be examined.

What if I now tell you that we are on the path to eradicating this dreadful disease from the planet?! A success story surely worthy of knowing about and celebrating?

OK what is it?

River blindness is caused by a worm that gets into the body as a result of a small black Simulium fly biting you. The fly’s larvae develop in fast flowing water hence the fly is found by rivers with overhanging vegetation (for the larvae to cling to) and turbulence in the flow (which increases oxygen in the water). Good farmland is by rivers and the poor can’t afford to pick and choose their location hence live there in order to scratch out a livelihood.

Both male and female adult worms live inside infected hosts and produce millions of microfilariae (babies) which are the things that cause most trouble. They cause severe itching disturbing sleep, skin disease giving social stigma and eye disease leading to blindness.

What has been done to try to help prevent it?

For years drugs against the worm were pretty crude and could cause as much harm as the disease they were treating. A huge project was therefore set up to try to prevent the fly from breeding and infecting people. This was pretty effective but very expensive to maintain and as soon as the river larviciding was stopped there was a risk of recurrence since the flies can travel of 100 miles using air currents and soon reinvade.

The drug ivermectin (Mectizan) was developed as a deworming agent for veterinary medicine. In 1982 Aziz thought tried it in humans and we have never looked back since. A huge advantage is that you only need to take the drug once a year. I was part of a large trial that proved you could give the drug to entire communities with infection in them rather than testing individuals for infection before treating.

How to get the drug to those that need it

Having proven the drug was safe there were challenges to widespread distribution. A remarkable step forward by the company making the drug sorted this out. In 1987 the Mectizan Donation Programme was established. Merck Sharp and Dhome make the drug 24/7 throughout the year for veterinary use. They now turn the factory over for one or two days to human production and donate that for free. The advantages for the firm are great publicity, tax breaks and the fact they are unlikely to make large profit from countries who can ill afford money to pay for drugs for the poorest in their midst. The advantages to humanity are untold, to name but a few.

The success to date

With massive support from many charities, Ministries of Health and local organisations over 250 million individuals were receiving annual therapy in 2015 with steadily increasing numbers ever since. The results are that onchocerciasis is now:

Whilst the stated aim of the WHO is to see onchocerciasis elimination in most of the endemic countries by 2025ref.there are several challenges to reaching the goal of eradication

Eye health is in danger of becoming lost in a rush of COVID and other interests. I firmly believe this should not happen. Blindness is not only a burden to the person who has it but also a huge burden to those around who need to guide, feed and help care for those afflicted. Since 80% of the world’s blindness is preventable the cost effectiveness of interventions is huge. The ONLY surgical procedure to be judged cost-effective by the World Bank was cataract surgery. Be aware of the world of sight, your eyes will be truly opened! 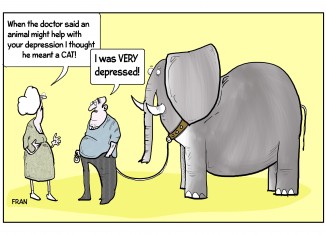