Friday – the most magical day of the week. 5pm – best time of the day. Songs have been written, films made (although if you remember the film Thank God It’s Friday, you are much older than you think you are…), Twitter, Facebook and other SoMe alive with plans for the weekend. However, most of us working within the health service know that despite working time directives/the New Deal (box 1) and other such nonsense, weekend’s off come around only once every Preston Guild [1].

Received wisdom suggests that we have evolved to work from 9-5pm, Monday to Friday. Quite how that worked when we were still trying to forge blades to kill the nearest woolly mammoth has yet to be determined by Tony Robinson and his Time Team, but a recent study from China suggests that we are actually programmed to be scared of night-time (not the dark) [2]. Which probably explains why those hospital superstitions such as covering the 3rd floor portrait of an old doctor each evening or a patient would die, opening the window to let a deceased patient’s soul out, or not allowing lilies as they are funeral flowers (although that’s rather redundant as flowers are now verboten). Of course, that fear is completely founded when you are walking through miles of underground corridor at 3am and you swear the sound of footsteps following you is real…

Shift work isn’t just about nights. It’s the weekend, its 13 hour stints, or bizarre shifts that start at 1pm and go on ‘til 10pm, or interrupted ‘off-duty’. After a while you feel permanently jet-lagged and look like the star attraction on a Panda dating site. This is unsurprising as shift work does have a physiological effect, even if you do manage to sleep the sleep of the just.

So what effect does this have on you? Well apart from justifying the fact that you are in a pub knocking back a pint and fry-up at 8.30am, physiologically, you may be in for a rough ride. Shift work can affect you both biologically and in terms of lifestyle [3]. This includes:

The Health and Safety Executive (yes, I know!) [5] has suggested some steps one can take to help ameliorate the effects of shift work:

If all else fails and you are a male, have a sex-change, or have children and invoke the Chew Ruling [6], which allows any woman with young children claim she does not have to work early, late or at night. In practice, the ruling also applies to fathers.

Good luck with running that one up the flag-pole at the next MDT meeting.

Box1: New Deal/working time directive [7]
The New Deal was introduced in 1991 with the aim of improving the working lives of junior doctors and is applicable to England.It limits junior doctor’s hours to an average 56 hours per week. In 2009, these were limited to 48 hours per week with the introduction of the European Working Time Directive.Junior doctors are entitled to:

Individual doctors can voluntarily opt out of the EWTD’s 48 hour week (while maintaining their rest entitlements) but are currently limited by the more restrictive New Deal to a 56 hour week.

NB: NHS Employers is currently consulting on a study on the WTD to include specific clauses for health professionals [8] 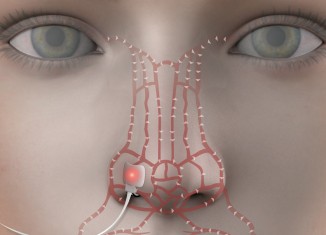