Music can help to reduce the pain of a surgical procedure and post-operation recovery according to a recent review of relevant randomised controlled trials.

Jenny Hole and her colleagues knew there were thousands of papers published about a possible role for music in various areas of medicine but they were puzzled why music had never been implemented in everyday surgical practice. The reason, it turns out, is because nobody has ever reviewed all the literature to find out what the evidence is really saying. So they sifted through over 4000 references, identified 73 randomised controlled trials (RCTs) and then did a systematic review and meta-analysis of the data [1].

Overall, the meta-analysis showed significant effects in the following areas:

Jenny Hole and her collaborators weren’t able to explain why the music has beneficial effects nor whether it was the music itself having the effect, or whether the music was simply a distraction. But no studies have been done to investigate whether radio, talking books or videos have similar effects.

The team concluded that music is a non-invasive, safe and inexpensive intervention that can be delivered easily and successfully in the hospital setting.

The idea that music can help patients is not new. Evan O’Neill Kane wrote to the Journal of the American Medical Association in 1914 to explain that he had been using a phonograph in the operating room. His explanation of the success of his technique was that the music ‘filled the ears of the perturbed patient with agreeable sounds and his mind with other thoughts than that of his present danger’. Kane also mentioned that it was the responsibility of his anaesthetist Dr Burdick to select records adapted to the tastes and temperament of the patients [2].

But even Kane wasn’t the first to refer to the potential role of music. Florence Nightingale had her own ideas about the value of music in medicine back in the middle of the 19th century. She observed in Notes on nursing: What it is and what it is not that the effect of music hadn’t really been observed. And in those days before recorded music she added that as it was so expensive that using music in medicine was out of the question. She noted her views that instruments with a continuous sound (e.g. string and wind instruments and the human voice) have a generally beneficial effect whereas the piano and instruments without sustained sound have the reverse effect: ‘The finest piano playing will damage the sick’, she told her readers! [3]

Growing evidence shows that listening to known and liked music has wider application than post-operative pain and can be beneficial in several other areas of medicine, including cardiovascular disease, cancer pain, epilepsy, depression and dementia [4]. However, as well as developing strong evidence of high methodological quality for medical interventions, more research is needed to fully understand the physical, cognitive and neurobiochemical processes that result from listening to music. 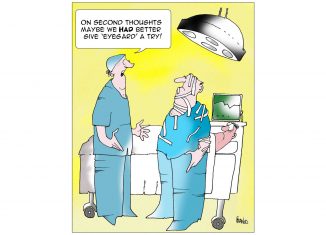 Aug 6, 2020
0 87
The emergence of Covid-19 has led to unprecedented levels of ICU occupancy and mechanical ventilator use in the UK and worldwide. With non-intensivists often...