While we all know how our moods can affect gastrointestinal activity, recent evidence shows that changes in the gastrointestinal activity can also affect brain function. The high co-morbidity between gastrointestinal diseases, such as irritable bowel syndrome (IBS), and psychological symptoms such as anxiety and depression has lead many researchers to focus on the pathogenic role of stress. This emerging concept – the gut-brain axis – also involves the bacteria in our gut; for the most part, interactions between commensal microbiota and its host (our gut) are beneficial. Studying the microbes in the gut and how their modification can influence the CNS could aid advancement of new therapeutic strategies for complex CNS disorders.

In mammals, commensal microbiota colonise the gut in early postnatal life and thus remain throughout life. Their presence is crucial for processing nutrients, immunological functioning, and also brain development and function; they communicate with the CNS bi-directionally to influence the brain using neural, immune and endocrine pathways; and seems that the gut-brain axis is hard-wired during early life and adolescence.

How can the gut microbiota change the brain’s wiring to affect behaviour?

The use of germ-free animals has facilitated the evaluation of the role of the microbiota on many aspects of gastrointestinal physiology. Germ-free mice are born without, and protected from commensal microbiota, and show a number of effects distinct from normal mice. By observing what happens when the microbiota are removed, researchers can investigate the role of normal gut flora. Initially germ-free mice demonstrate heightened levels of stress hormones, suggesting that alterations in gut microbiota during early development can influence the wiring of the stress axis (1).

Research published last week indicates that stress-induced changes can lead to intestinal dysbiosis, a key determinant of the aberrant behaviour that characterises early-life stress (2). Clinically this is interesting because psychological problems are common in adolescents, and these could be linked to early life events, as well as diet and microbiota early in life.

Although germ-free mice have a longer lifespan and appear to thrive, when they are exposed to stress they show exaggerated responses compared with normal mice. Furthermore, behavioural traits of donor mice can be transferred into adult germ-free mice of a different strain via the gut microbiota, although little is known about how these microbes could impact brain plasticity and behavioural responses.

IBS & depression are often experienced together

Irritable bowel syndrome (IBS) is characterised by abdominal pain and change in bowel habit and is the most common functional gastrointestinal (GI) disorder, accounting for up to 50% of visits to general practitioners for GI complaints (3).  Mood disorders are common across a diverse array of GI disorders. The gut-brain axis is not limited to gastrointestinal and neurological function, the gut microbiota also interact with the immune system, contributing to its development. Sensors in the gut respond to many mediators including cytokines and inflammatory mediators, produced by gut microbes; the gut microbiota also have a strong influence on the diversified production of protective immunoglobulins by B cells (4). Inflammation is a feature of depression, and gastrointestinal dysregulation may exacerbate neuroinflammation leading to dysfunction in brain regions that are associated with mood regulation.

Evidence suggesting a microbial link between IBS and CNS disorders

Because of the close interaction between diet and immune system, probiotics (the “good” bacteria that help keep the digestive system healthy by controlling growth of harmful bacteria) and prebiotics (non-digestible fibre substrates for probiotics)

may have roles in personalised diets and disease prevention. Consequently there is considerable commercial interest in the gut microbiota as demonstrated by the expanding probiotics markets. This field shows great promise for treatment based on an individual’s microbiome and it may be possible to stratify patients for the best treatment. Some prebiotics and probiotics have shown significant benefits in the preclinical and clinical settings:

There has been growing interest in the therapeutic potential of faecal microbiota transplantation (11) This has largely stemmed from the demonstrated efficacy of donor faecal infusions in the treatment of recurrent C. Difficile. In the future it may be possible to screen for therapeutic intestinal bacteria and already stool banks like OpenBiome (12) have emerged to provide screened, filtered, and frozen material ready for clinical use in the treatment of C. difficile.

With an eye to future research in the clinical setting, a potential tool for linking mood and food is neuroimaging: it can be performed in vivo, giving a good spatial and temporal profile of changes in the brain. Using neuroimaging in humans, Tillisch et al showed that consumption of fermented milk product with probiotic affected activity of brain regions that control central processing of emotion and sensation (12). These data suggest that certain organisms may prove to be useful therapeutic adjuncts in stress-related disorders, although well-designed controlled human trials are needed to further evaluate these ideas.

Using this bidirectionality, an interesting mechanistic line of investigation is that of the behavioural therapies such as cognitive behavioural therapy, relaxation therapy or hypnotherapy. These therapies could potentially modify the gut microbiome via efferent vagal and/or hypothalamic–pituitary–adrenal axis function. Therefore, demonstrable differences in gut microbiota have important implications regarding the development of a disease-specific biomarker(s) as well as treatment and, hopefully, prevention. More studies considering the role microbiota in clinical populations with anxiety disorders, mood disorders, and comorbid psychiatric symptoms are needed. 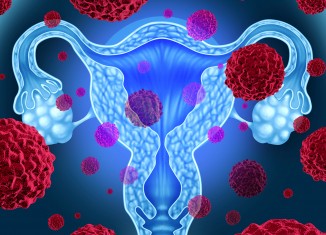 Dying of Embarrassment? Why young women are developing ovarian cancer